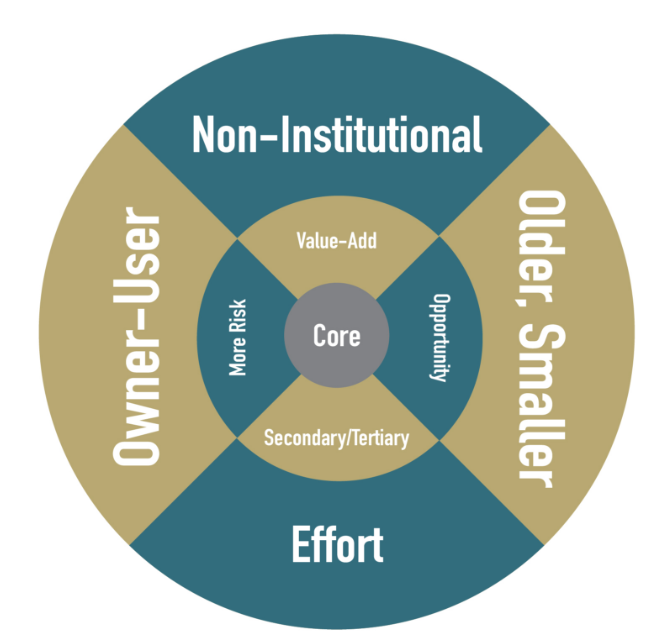 The current robustness in industrial real estate markets obscures many forces that can balance and protect your investment and location decisions. Technology, Monetary Policy, Political Risk, and Space Transparency are important factors that provide support during good times and bad.

New technologies come at an important time because accommodative monetary policies, that disrupted normal return structures since the Financial Crisis, are coming to an end. Building investments require realignment. New to the U.S., Political Risk is now measurable, and wealthy property owners are seeking global diversification to protect and hedge their property investments. Chinese flight from the U.S. and currency battles are two examples. Space Shortages are still the overriding condition, but it’s important to recognize that public listing MLS services only carry a limited selection of offerings while private deals account for many Sharing and Investment/Development deals. Interestingly, markets remain opaque despite the availability of enormous data.

Artificial Intelligence, Automation and Big Data, are the technologies I am developing with Block Chain being the one most anticipated. A modest investment in Data and Digital Operations creates more leads, improves execution and compounds investment. Artificial Intelligence is embedded in many off-the-shelf programs like Excel and Salesforce. In the latter, A.I. is specifically directed at creating more Opportunities. Deeper intelligence is found by hard coding with Python, and its derivative, Pandas. For instance, by crunching large sets of parcel data nationwide and matching them to other data sources, investment and availability attributes appear much faster and with better intelligence than using Access or SQL. Other programs look at layered data, multi-dimensionally, to predict behavior. Practical outcomes include more deals, better communication, and enlarging my network. In the field, we are experimenting with MappSnap, a geotagging tool for customers as an entry way to experience our Digital Platform directly.

Much differently, Building Owners want tech applications that increase building rent. Industrial building tech includes security, access, monitoring, and optimization. It is achieved using sensors, cameras, and automation. Normally an upgrade of electrical distribution and Wi-Fi is a requirement. The economic goal is to use tech to squeeze more rent from inside and outside of the building. The best example to date is the sharing business but instead of companies like WeWork or Liquid Space, every building owner can install new devices and technologies to increase rent.

Sharing runs a continuum from low to high tech and both create more revenue. Low Tech Sharing is the most common and while it’s not a recent innovation to rent out unneeded space, the ease of finding tenants has increased. The fundamental way to share is intrinsic, along physical attributes and divisions based on building shape and lot orientation. For instance, long narrow distribution buildings are routinely cut up in sections. Older buildings are divided so each space has yard and loading. Simple surveillance is managed either internally through building Wi-Fi or externally through cell connections. Digital Surveillance replaces expensive demising walls and frees common areas that can be used jointly.

On the higher tech side, Sharing divides buildings to much smaller increments with Wi-Fi, sensors, cameras and robots to monetize every cubic foot. This creates real time data to measure occupancy and surge pricing for seasonality. This knowledge and its implementation are currently beyond most individual landlords but many large property owners, who can spread costs over large square footage holdings, are the first to deploy digital infrastructure in their buildings. The best example is how Amazon uses similar pricing metrics for warehouses as they do in computer servers to increase rents by multiples of their contract leases. Many 3PLs are making substantial investments in their buildings to monetize ever smaller fractional units, down to pallet spaces, to increase building revenues as in the case of Flexe. The common model is to contract on the square foot, rent out by the cube and profit on the difference. Both high and low-tech methods will increase building revenues if promoted actively.

While Tech is opening new avenues for profit, Monetary Policy is always in the background influencing investor expectations. One unintended consequence of central banking policy over the past several years has resulted in the mispricing of B and C buildings. Cap Rates for lesser quality assets have historically been 300 to 500 basis points behind A. The institutional and non-institutional markets were clearly distinguished by wide return differences. Spreads compressed dramatically over this past 10-year period because of the reduction of interest rates.

Today the gap between “A” and “B” has shrunk to 50 to 200 basis points and investors are not being properly compensated for risks they are taking for older buildings, in poorer condition, with shorter term and less credit worthy tenants. By driving down interest rates and flooding the market with liquidity, all spreads became compressed. Now with monetary policy reversing, spreads will gradually reflect historic norms with a wider gap between property classes. For those who purchased property at low cap rates, they were mostly rewarded with generous rent growth. But with rent increases flattening, buyers will need to underwrite their purchases with a larger margin of safety then they currently do.

My “back of the envelope” method is to give each deviation from prime property a demerit equal to 50 to 100 basis points. If a property is older, with a poor tenant, in a secondary location, that would add up to a 300 basis point off prime real estate rates. As it stands in today’s market, many investors cut it much closer, so they can gain possession of the asset. Shrewd buyers are no longer counting on an updraft and are returning to cautious underwriting.

Political Risk is a relatively new consideration for U.S. industrial property owners. It can reward on the upside with tax reform, a business-oriented supreme court, or favorable trade policies. On the downside, risks include removal of liquidity, expropriation, foreign influence and legislative uncertainty. Local risks that affect property owners are laws allowing the homeless to live in front of your building, rent control, and restrictive industrial zoning. Global risk is being staged by economic warfare and is evident by the departure of many savvy Chinese property investors. The Chinese are cashing in their U.S. holdings and returning their profits home. 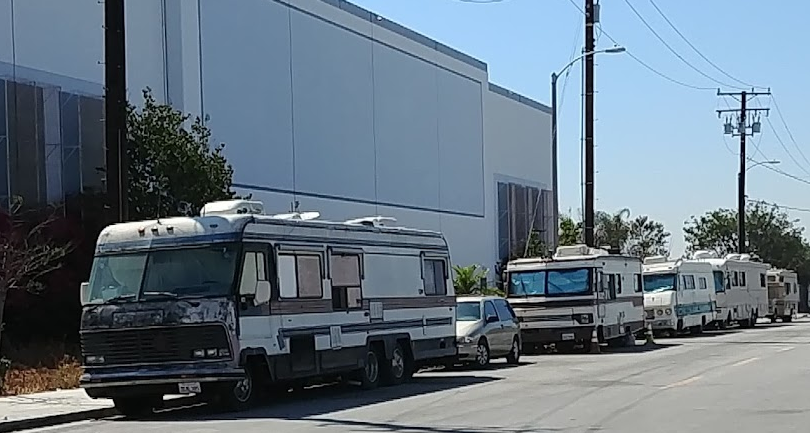 Among my Chinese customers, disillusionment is clear. Years of very strong investing in Greater Los Angeles is being reversed. Government Sponsored Entities and large Chinese companies were the first to cease their purchases. Now, members of the Chinese international trading class, buyers of industrial buildings at top prices, are also departing. The clear call is to repatriate their capital back to China quickly and reinvest at home, Southeast Asia and along the Belt and Road. As poor consolation for their excellent trading acumen, the Chinese will leave wealthier, with their properties and neighborhoods in far better condition than they originally found it.

Realignment of geopolitics affects supply chains. Los Angeles industrial has achieved remarkable success as the primary U.S. gateway to Asia and It has earned many local landlords a fortune. Nothing says boom times last forever and using personal experience, I’ve seen several ups and downs already in my career. Anything that disrupts Asian containers rolling off the docks, will be felt in Los Angeles first. China’s Belt and Road, the controversial infrastructure plan, that is being developed with colonial finance, intends to create another route for Chinese goods through Central Asia and terminating in Europe’s historical trading centers along the Rhine. Los Angeles will always be a superior industrial building market but as global power shifts, other supply routes will become excellent investment targets. 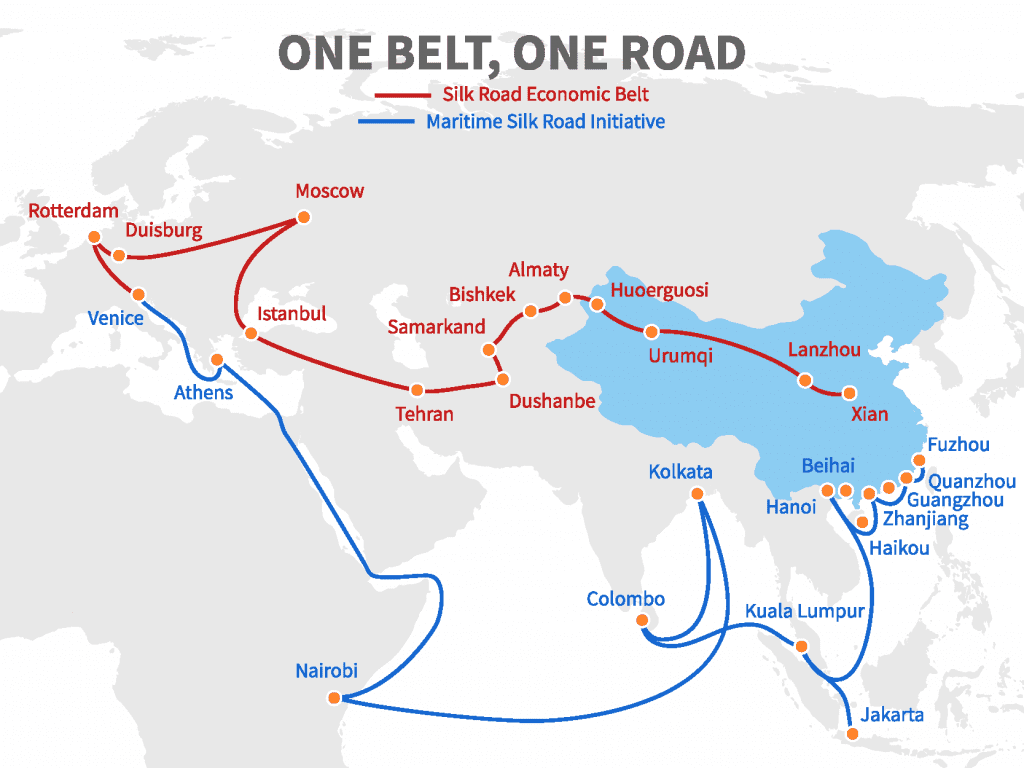 Are Chinese capital movements a harbinger of Political Risk avoidance? Can industrial building diversification run parallel to global financial diversification? My European colleagues have deep historical reasons to think so and have careers helping foreign investors spread their wealth across national boundaries. For investors who have made California and Los Angeles their primary investment focus, is it time to reconsider homogeneity?

On recent trips to Europe, I have learned that investing in Europe has many similarities to the U.S. in terms of cap rates and its relationship to property class distributions. Newer buildings in prime markets, major capitals and distribution centers, sell at cap rates below 5% and increase incrementally depending on condition, location, and tenancy. Just as in the U.S., product is hard to find and the only way to increase returns is to add value and grow rents. Occupiers need to examine locations differently because the best investment markets are not always where the labor is available. Currently, Americans have a significant financial advantage with favored exchange rates and more aggressive searching techniques.

While Space Scarcity is the overwhelming market condition, space transparency is also at fault. There’s a crisis in the space listing services and information is compromised by tech wars and unrealistic subscription pricing models. Data is more fragmented than ever and while the promise of the internet is complete transparency, on the street, data is often dispersed in the hands of market participants.

50% of my deals are off-market, transacted through private networks, colleagues, and data I have accumulated. As an example, large, experienced owners will often “get the word out” months before a vacancy appears and well before a property is formerly listed. When purchasing, these same Professional Owners, aggressive in chasing deals, have a better searching/data operation than most brokerage houses and are financially motivated to solicit directly. In practice, it is equally useful to use old-fashioned means of seeking out the brokers who work the markets instead of relying on listing services.

A flaw of Central Listing services is once you post, the data is no longer your own. In an era when many wealthy customers prefer discretion, private transaction marketplaces are growing. Every large brokerage has their own private client distribution network and they use them frequently. Crypto Markets and Dark Pools are not yet commonplace but elements of each, particularly privacy, are effective ways to sell property securely and privately. The market is more opaque than infrequent participants realize and those that rely exclusively on central listing services will come away with a false impression of inventory limits. Contrary to the internet’s promise of clarity, the real estate business is heavily composed of personal relationships and pocket listings. Data is no more transparent today than it was when hard copies of the Industrial Multiple was physically distributed weekly and updated in 3-ring binders. Although the public listing marketplace is mature, deals are still found through private networks established organically and methodically. Transparency is based on trust, reputation, relationships and experience while electronic distribution can be restricted by timeliness and secrecy.

Disruption affects the industrial real estate business. Those who spend time understanding markets, expanding their network, and investing in infrastructure will find deals that others miss. There is no uniform way that works for everyone. While conditions appear calm on the surface, instability leads to opportunities for the inquisitive, capitalized, and technically able.

If you want to be removed from this list, please reply accordingly and you will be deleted.