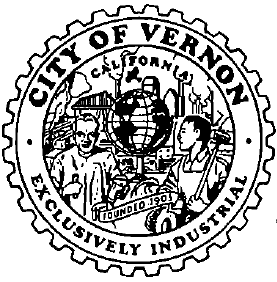 You may have seen this article earlier in the week about Rick Perry inviting businesses in Vernon to consider relocating to Texas. It’s not the type of press California needs as it struggles to recover. Once this news item goes viral it won’t take long for other states to get the same idea to woo California business. Plus when states start looking at the economic benefits of moving companies from Vernon, the same math will apply to every city in California. Perhaps the most unsettling part of the article is that the conditions leading up to the proposed company pilfering were caused by California’s own government leaders. Firstly, greedy Vernon leaders created the attention, but the Speaker of the California Assembly, by proposing to change the governance of a very successful business community, is creating the groundswell to consider alternatives.

I recognize it is a common trend for companies to leave California. Once business reaches a certain scale, they can move to a number of different places and receive considerably lower real estate, labor and utility rates. There is lower housing prices for employees, less regulation, and mimimal permitting delays. Finally most states offer a generally more favorable business climate. In fact, there needs to be an overriding business reason to be in California, at all. Economic Development Companies regularly come to California to sell their states.

But it’s doubly dangerous today and calling attention to these inadequacies could easily create another substantial exodus. Vernon is a somewhat unique situation because it’s a rare family run fiefdom that happens to give business an extremely favorable place to operate. But instead of just leaving the courts to handle the corruption cases against the city leaders, the Speaker is proposing disincorporation for the City of Vernon. In other words. changing the favorable business climate that companies currently enjoy. But added to the high unemployment rates, poor schooling, the state deficit, and other state challenges, creating this type of furor is very detrimental to California’s economy.

One California spokesperson from the Treasurer’s office ridiculed the relocation efforts of other states as a Bugs Bunny cartoon. But I would rather have seen him tout the virtues of California instead of making it a joke. I have moved companies out of state and there is no comparison to the economic benefits of leaving for many types of industries. All it takes is a couple of phone calls to my friends in the Southeast, Texas, or any other state in the Union, and I can create a very compelling argument. Once my broker friends catch on to this opportunity it will again be hunting season on California business. Unfortunately, thanks to our own leaders.

This is a longer article from the LA Weekly about disincorporating the City of Vernon. It questions the Speaker’s motives about turning Vernon over to LA County for administation. But why not Bell, Compton, or Montebello. Even many departments of Los Angeles City have been tarnished with corruption scandals. Is it because Vernon has a substantial tax base in this era of fiscal deficits? Everyone wants to see corruption prosecuted, but business does not want to see its economic location decisions become a political dogfight.